Q1. Which of the following countries is/are members of SCO?

Select the correct answer from the codes given below

A line to Kabul
UNSC resolution, India’s first engagement with Taliban, speak of new realities in Afghanistan — and the navigation challenges
The resolution:
1. The United Nations Security Council resolution on Afghanistan, adopted on the last day of India’s month-long presidency, has shown up the big power rift in the new geopolitics of Asia since the Taliban takeover of Afghanistan.
2. Russia and China abstained and the US, France, UK and 10 nonpermanent members voted for the resolution. The reason for the divide is not far to see. In the virtual surrender of the US to the Taliban, Russia senses an opportunity to get into the driver’s seat in Asia.
3. Over the last decade or so, Russia opened channels of communication with the Taliban and shelved its Afghan war humiliation to repair relations with Pakistan.
4. In the run-up to the 2020 Doha Agreement between the Trump Administration and the Taliban, and since, Moscow has made the case for a larger role for the radical Islamist group in post-US Afghanistan.
5. Beijing, through its proximity to both Russia and Pakistan, hopes to fill the vacuum left behind by the US. Both countries want to keep all options open with the Taliban, not draw red lines around themselves with a resolution which, while all but recognising the new rulers of Afghanistan demand that Afghan territory not be used by terrorists for attacks against other countries.
6. The Russia-China-Pakistan cooperation on Afghanistan could become more apparent in the coming days, specifically at the midSeptember SCO summit in Dushanbe.
Engaging with the Taliban:
1. India has made its first big readjustment to the emerging reality with a publicly acknowledged engagement with a Taliban representative on the same day as the UNSC resolution was adopted, the last US soldier left Afghanistan and the Taliban declared victory.
2. While a Ministry of External Affairs statement said the meeting, held in Doha, focussed on safety, security and early return of Indian nationals stranded in Afghanistan, and the travel of Afghan nationals, “especially minorities”, to India, the Taliban have chosen to remain silent.
3. But an indication of the mood in Kabul came with the outreach to Delhi last week, calling for the continuation of Afghanistan’s friendly ties with India, and stressing their economic, historic, and cultural linkages.
4. The MEA’s pointed mention that the meeting was held at the request of the Taliban showed the preoccupation in Delhi with the optics and possible domestic fallout of engaging with a group it  has viewed as a proxy of Pakistan and as an associate of terrorist groups that target India.
5. India held up a mention in the UNSC resolution adopted on August 30 of Resolution 1267 (under which Lashkar-e-Toiba and Jaish-eMohammed are designated as terrorist organisations) as evidence of inclusion of India’s concerns.
6. The irony is that the Taliban has been designated under 1267 since 1999, and so have some of its top members. As chair of the Taliban Sanctions Committee this year, India could even find itself presiding over the folding up of this committee.
The reality is that the world is preparing to do business with the Taliban. No window dressing can obfuscate this and none is required. What Delhi makes of the opening provided by its first hesitant public engagement with the Taliban is more important.

1. Greater adjutant storks are found near the Deepor Beel wetland
2. It is a Ramsar site

Assam wetland at risk till dumping stops: activists
1. Green activists in Assam say that the Environment Ministry’s recent notification on the eco-sensitive zone (ESZ) of the Deepor Beel Wildlife Sanctuary is meaningless unless the government puts an end to the dumping of garbage near the wetland. Seepage from this dump and sewage from Guwahati has already made the sanctuary toxic.
2. The Environment Ministry’s notification of August 25 specified an area “to an extent varying from 294 metres to 16.32 km” as the eco-sensitive zone, with the total area being 148.97 sq. km.
3. The 4.1 sq. km. the sanctuary is within the Deepor Beel, a wetland on the south-western edge of Guwahati that expands up to 30 sq. km in summer and reduces to about 10 sq. km in the winter. It is Assam’s only Ramsar site, a wetland designated to be of international importance under the Ramsar Convention.
4. Greater adjutant storks are found near the Deepor Beel wetland.
Greater adjutant storks:
1. In a first, Bihar has decided to tag endangered greater adjutant storks locally known as ‘Garuda’, with GPS trackers to monitor their movement as a part of their conservation.
2. Bhagalpur’s Kadwa Diara floodplains area is the third-mostpopular breeding centre for the greater adjutant stork in the world after Assam and Cambodia
3. Historically the range of the Greater Adjutant covered India and Southeast Asia, but today the endangered storks are mostly found in the Indian state of Assam and in Cambodia.
4. In India, the Greater Adjutant is now confined to the northeastern state of Assam, their last stronghold.

Q3. The mining sites are near Abujhmar Forest, which is known for the heavy presence of the left-wing extremists, is also home to indigenous tribes such as Gond, Muria and Abuj Maria. Abujhmar Forest is situated in
a. Jharkhand
b. Madhya Pradesh
c. Odisha
d. Chattishgarh

Iron ore mining in Chhattisgarh drives deforestation
 Chhattisgarh accounts for about one-fifth of India’s iron ore reserves and the race to extract that is driving deforestation in the state.
 According to the Chhattisgarh forest department, about 4,920 hectares of forest land has been diverted for iron ore mining projects over the years.
 Large scale mining projects, that require the clearing of forests, are threatening the environment as well as the rights of the indigenous communities. In some cases, the tribal people are protesting as the mining projects threaten areas sacred to them.
Forest and Minerals:
1. Chhattisgarh is home to some of India’s most precious forests but it is also an area rich in minerals such as iron ore. The race for extraction of these resources, however, is consuming these forests.
2. The latest data by the Chhattisgarh forest department reveals that at least 4,920 hectares of forest land have been diverted over the past few years for mining of iron ore in the central India state.
3. Chhattisgarh has 4,031 million tonnes of iron ore reserve (hematite) which accounts for about 19 per cent of the total iron ore reserves in India.
4. The Bastar region in south Chhattisgarh comprises the heavily forested area dominated by indigenous communities who depend on forests for livelihood.
5. But the leases granted for iron ore mining which require largescale clearance of forests is threatening the lives of the local people. In some cases, the locals allege that the permissions have been secured using fake documents.
6. The mining sites are near Abujhmar, which is known for the heavy presence of the left-wing extremists, is also home to indigenous tribes such as Gond, Muria and Abuj Maria.
7. The local people alleged that the consent of the gram sabha (village council) was not taken for seeking diversion of forests in the area.

Q4. In 2015, just before the Paris Climate Summit, India had announced its climate goals, which included a target of 175 Gigawatts (GW) of renewable energy by 2022. It included sub-targets of 100 GW of solar power, 60 GW of wind power, 10 GW of biomass-based power and 5 GW of small hydro generated power targets. Consider the following statements in this regard

1. None of the sub-targets has been achieved
2. The government increased this target later to 750 GW by 2030

Biomass Power:
1. According to the union ministry of new and renewable energy (MNRE), biomass has always been an important energy source for the country as it is “renewable, widely available, carbon-neutral and has the potential to provide significant employment in the rural areas.”
2. More than 70 per cent of the country’s population depends on it for its energy needs, according to MNRE. To ensure its cleaner and efficient use, the Indian government had started bagasse-based cogeneration in sugar mills and biomass power generation for grid power generation.
3. The biomass materials used for power generation include bagasse, rice husk, straw, cotton stalk, coconut shells, soya husk, de-oiled cakes, coffee waste, jute wastes, groundnut shells, sawdust, etc.
4. The country has achieved its 10 GW energy generation target from biomass, largely due to abundant agro-waste availability all year round, proven scalable technologies and easy integration into the mainstream.
5. According to a study sponsored by the MNRE, biomass availability in India could translate to a potential of about 28 GW.
6. In addition, about 14 GW additional power could be generated through bagasse-based cogeneration in the country’s 550 sugar mills, if they adopt technically and economically optimal levels of cogeneration for extracting power from the bagasse produced by them.
Challenges:
The sector is facing its own set of issues and future growth. According to the MNRE, non-signing of the power purchase agreements by DISCOMs (power distribution companies), lack of working capital and non-availability of biomass are among the major problems being faced by the sector and hampering the sector in achieving its full potential. Discuss about the “Chirang-Ripu Elephant Reserve” of Assam... 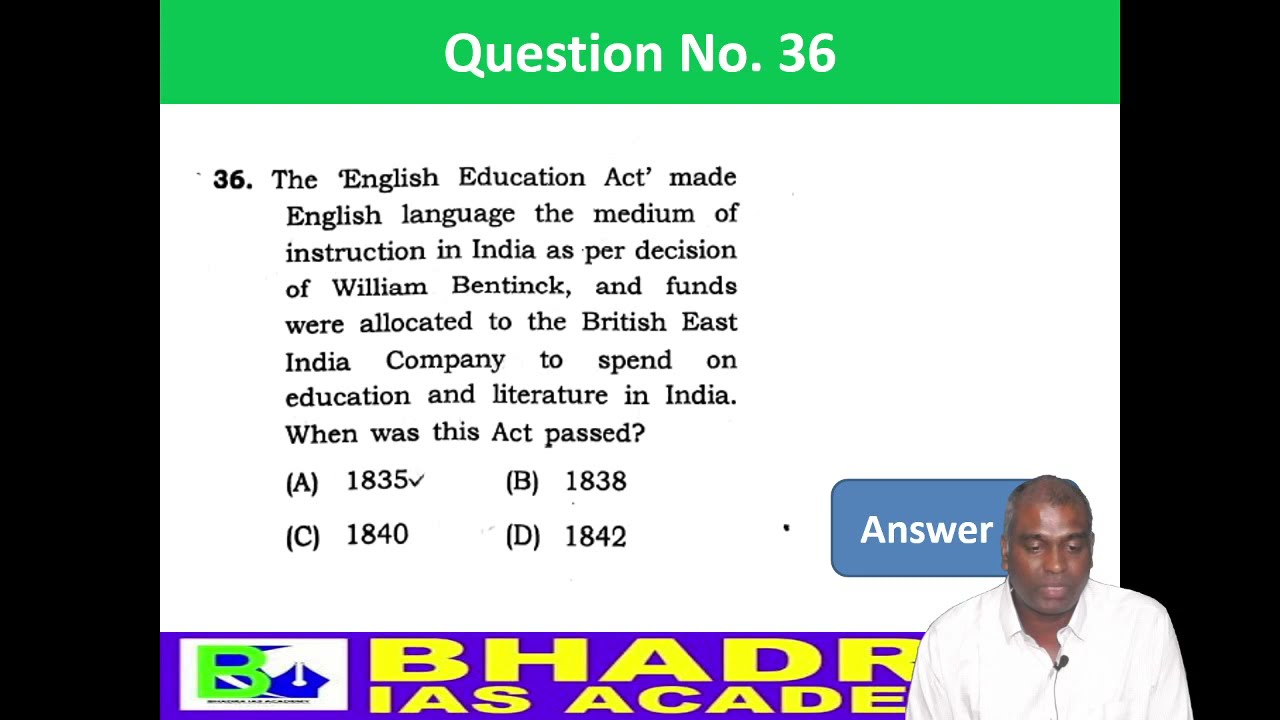